Abrolhos tour by speedboat and catamaran

Casa de Maria offers various packages for tours that leave Caravelas at 6:30 a.m. and return around 6:00 p.m. with a transfer from the city of Prado. To discover Abrolhos, there are daily tours with return trips and scheduled departures of up to five days. Different options to choose from: humpback whale sightings, scuba diving, night diving, snorkeling, and a visit to Siriba Island to discover Abrolhos' rich fauna and flora.
The Abrolhos archipelago no sul da Bahia: Abrolhos consists of 5 islands, Guarita, Redonda, Santa Bárbara, Siriba and Sueste of volcanic origin and is located about 55 kilometers from the coast of Bahia. The shallow and transparent water gives the visitor the feeling of being in a huge sea water aquarium. Abrolhos has an extensive environmental fauna and is considered one of the 12 most important parks in the world. From July to October, humpback whales arrive for breeding in search of warm and calm water. At dive sites such as Chapeirinhos da Sueste, the coral reef that forms Chapeirão, there are anemones, tubular sponges, lobsters and butterflies. Even the most experienced divers will love the beauty of the formations. A large hall is formed in Chapeirões Atlântida and Faca Cega, in which up to 15 divers can gather. The structure resembles that of a cathedral. It is possible to see sharks, rays, whiting and corals. The small caves and imposing canyons make this dive one of the most beautiful in the country.

Chapeirinhos da Sueste - The coral reef in formation of chapeirão has anemones and tubular sponges, lobsters and butterflies. Chapeirões Atlântida and Faca Cega - This diving tour in Abrolhos is a real spectacle. A large hall where up to 15 divers can gather, with a structure similar to that of a cathedral. It is possible to see sharks, rays, whiting and corals. The beauty of the formations thrills even the most experienced divers. The small caves and imposing canyons make this dive one of the most beautiful in the country. Costão do Farol - Close to Santa Bárbara Island, the diver can see the remains of the lighthouse construction and sandpit, teeth, elephant ear gorgonians, lobsters, and meros. The depth reaches up to 12 meters. Siriba's tongue - The crevices are home to whiting, blue budião, crustaceans and molluscs. It is a classic spot for performing diving baptisms. Rosalinda Shipwreck - The Italian freighter sank in 1955 in the Abrolhos region, it is covered with fire corals. At 20 meters of depth you can find corals, meros, small sharks and several species of fish. Guadiana Shipwreck - It is 27 meters deep. There are corals of the genus Mussismilia and gorgonians, it is also common to see mere giants. Santa Catarina Shipwreck - German freighter sunk in 1914. Most of the structure is dismantled, 25 meters deep. Portinho Norte - Abrolhos endemic corals are predominant, such as Mussismilia Brasiliensis and fish such as badejos, barracudas, budiões azuis, cirurgiões, and dentões. Portinho Sul and Mato Verde - Santa Bárbara Island Cove, the main point where the first dives are made in Abrolhos to explore the environment, with badejos, barracudas, dentões, frades, tartarugas, lagostas and more. 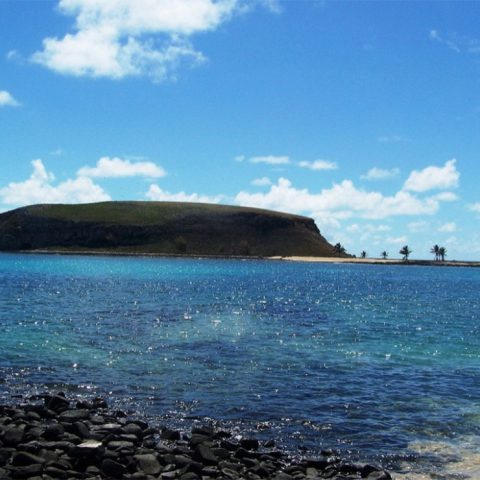 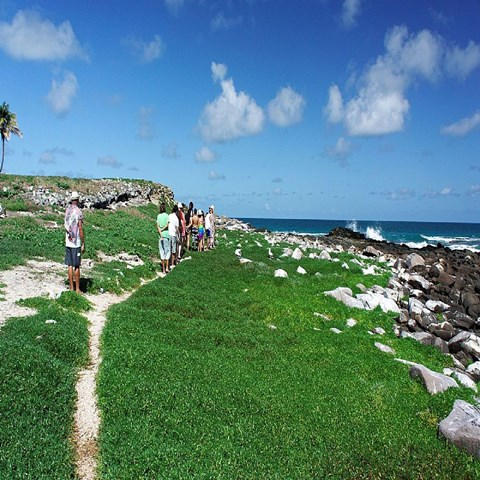 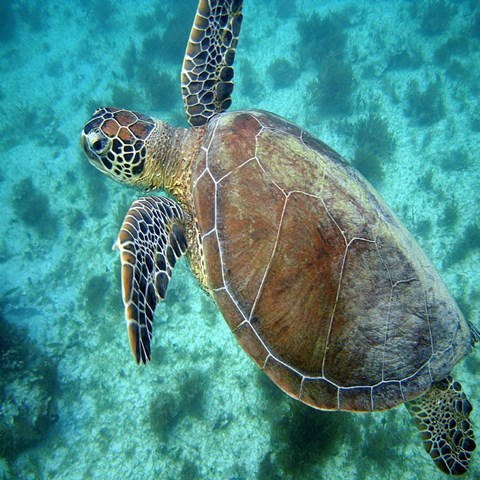 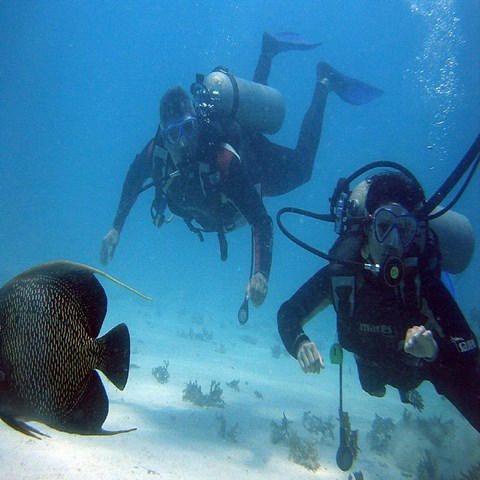 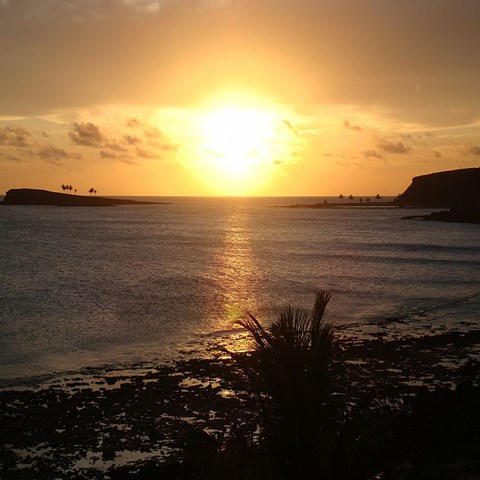 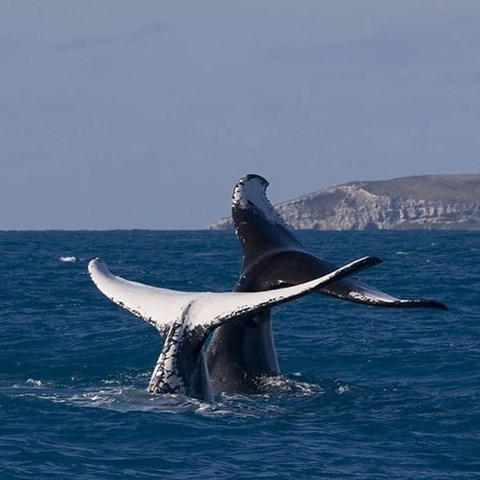 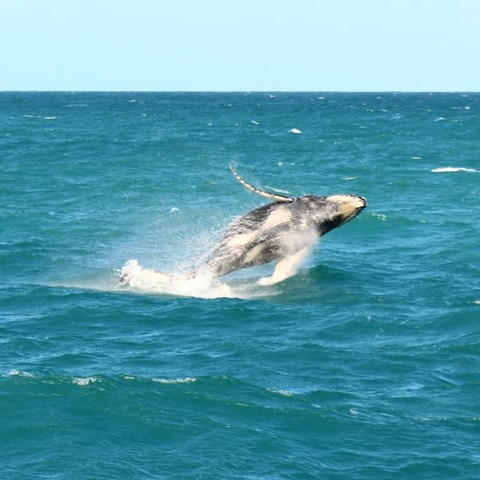